Best month to move based on your zodiac sign Whether it’s riding the waves of this frenetic eclipse season, preparing last second paperwork before Mercury moves into retrograde on May 10 2022, or watching the US Pluto return unfold, a little astrological guidance always puts things in perspective.

That’s why Piece of Cake Moving & Storage decided to partner with NYC based astrologer Alissa Fitzgerald to help determine what the planets and stars have to say about when you should make a big move (of any kind) this year.

While we can’t do much about those planetary revolutions, we can learn how to work with our own charts to find little corners of peace and abundance as the seasons pass. Your sun sign is the position of the sun in relation to the earth and other orbiting planets, and it reflects how we appear, or shine, in the world.

See below some guidance from Alissa to help each sun sign make whatever moves or life transitions we have in our paths in the coming months.

Gemini – May is the Best Time to Make a Move: The twins of the astrological world want to be enticed, entranced and free to be themselves, even if it seems like one big contradiction. May, and the first blush of warmth, is like one big adventure. Challenges are welcome to these airy thinkers, and changing jobs or cities can be a relief on the everlasting quest for those who are inspired and inspire others, simultaneously.

Taurus – June is the Best Time to Make a Move: Grounded Taurus can take a bit of encouragement to shake things up, but June brings just enough heat to get these creatures of habit out of their comfort zone. When the prospect of settling into a new and homey space (New sheets! New bed! All the pillows!) is part of the package, a more dedicated individual is impossible to find.

Cancer – May is the Best Time to Make a Move: Just like their sea creature counterparts, the crab, a Cancer’s generosity springs from their home or shell. As long as you’ve been invited inside, they are pros at making their space feel warm and welcome. July, with its long lingering beach days and the languorous intoxication of soaking it all in tends to inspire Cancer’s emotional heart center to set up shop somewhere new.

Leo – August is the Best Time to Make a Move: Nothing is more fun or more celebrated than a late summer birthday, and Leo’s know how to shake things up. This fire sign has an internal light so bright that they often attract people and opportunities to them. Leo’s astrological home in August is an extra bright spot for the lion of the zodiac whose roar is often worse than its bite.

Libra – September is the Best Time to Make a Move: Naturally drifting between seemingly disparate groups with ease, this air sign leaves room for everyone to breathe. All things balance and possibilities abound for Libras in September. That fall shift into the equinox gives them space to relax as they move in and around their, probably large, group of friends and admirers.

Scorpio – October is the Best Time to Make a Move: Scorpios may seem fiery, but the secret water sign known for being mysterious, bold and creative feels safest keeping their emotions hidden from prying eyes. Unsurprising for a sign ruled by the planet Pluto, God of the Underworld. These people shine in October when they can lean into a more deeply communicative aspect of the world.

Sagittarius – November is the Best Time to Make a Move: This sign loves a big picture and lives to be challenged and entertained. Similar to their counter sign Gemini, they thrive on new or novel ideas and concepts. Sagittarius flourishes in almost any environment but especially November when they can linger over a candlelit dinner conversation with the glint of various celebrations on the horizon.

Pisces – December is the Best Time to Make a Move: Known for having an emotional approach, Pisces are free-thinkers that shine in December when everyone is a little more merry and a little more frantic. While not everyone can have such an easygoing attitude, Pisces only seem calm on the surface.

Capricorn – January is the Best Time to Make a Move: This cardinal earth sign, ruled by Saturn, likes all things boxed up nice and tidy and a person good on their word. Moving at 9AM next Saturday? They’ll be there with coffee and bottled water, ready to go. January is when they get into their groove, buckle down and make magic happen.

Aquarius – February is the Best Time to Make a Move: The final air sign of the zodiac, Aquarius, is up for anything or nothing just as easily. Aquarius folks’ symbol as the water bearer makes them seem detached but they are more likely observing everything. They have an innate ability to listen to emotions without being lost inside of them which makes February, the month of love, an especially busy and fruitful time.

Virgo – March is the Best Time to Make a Move: A Virgo can seem like a perfectionist but only to those who don’t know them well. Really, the mutable earth sign is a seeker of truth. The Virgo, with a counter sign in emo Pisces, often finds that growth and new opportunities present themselves in March as the world comes back into balance and moves into the light of spring.

Aries – April is the Best Time to Make a Move: The first sign of the zodiac brings action and energy with every breath. With all that spring energy, Aries can count on the season of their birth to have a bustling April. It may seem like everything happens at once, but take advantage of the season of regrowth to make some sort of expansion to leave room for the abundance the universe has in store. 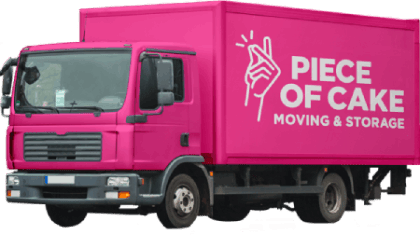